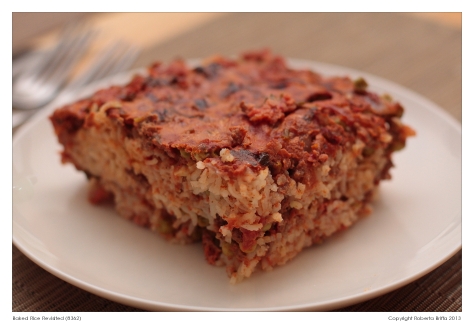 Among the most popular recipes you can find here on C&T is Baked Rice. Yes, it’s already up and has been up for quite some time now. The feedback has been so good – you cannot imagine how pleased I am at how it turned out. Although the photos on that post are decent, I still have a few more I want to show you just because they turned out better.

END_OF_DOCUMENT_TOKEN_TO_BE_REPLACED 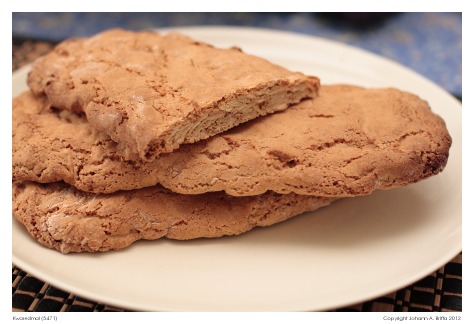 Kwareżimal is a Maltese traditional biscuit made and eaten during Lent. Even though many have abandoned the idea of fasting during the forty days (quaresima) leading up to Easter, these simple bakes are still widely found throughout the island on shops and in homes. My friend M makes wonderful kwareżimal which I cannot get enough of. However what I will give you now is something a little different…

What I have for you here is less of a kwareżimal, and more of a biscotti. It wouldn’t be fair to call them otherwise, mostly because these babies contain eggs and butter; it is more a matter of convenience than anything else. I have taken the liberty of naming them “Cheat’s Kwareżimal” though, hoping not to offend anyone here! I have no idea why I tend to eat almonds (and/or bake with almonds) after the Christmas period. They may be rich but in my mind they are still healthy and good for you.

J came up with this recipe while we were still in MI, and since it always works well for us I decided to leave the measurements in cups rather than grams, as they are in my notebook. To be honest I prefer this way of measuring. For me, it’s quicker and more convenient (and I have an affinity for it because that’s the way I learnt) especially when you use large glass containers for storing baking ingredients. I cannot do this anymore due to the lack of storage space in my kitchen, but I know that one day I will find a way to do this again…eventually that is.

OK, enough talk and let’s get down to the really fun stuff…For 4 large rectangular-shaped portions you will need:

Store them in an airtight container and cut as many pieces as you like, as you go. Do not attempt to cut them up before serving since they will almost certainly dry out.To make this even more traditional, you can add lemon peel and a few drops of orange flower water, something found in the Maltese version. 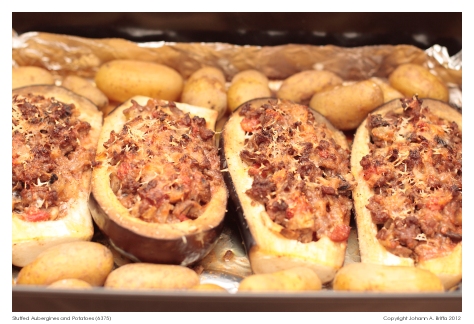 For me, the cold weather is all about baking. J loves aubergines and so do I, but you know me and veggies; sometimes we’re not the best of friends. However Maltese cooking has found a good compromise – good wholesome veggies stuffed with meat. You will find that I had already written about this so you will forgive me for not going into too much detail about it in this post. I basically kept the same ingredients and followed the same method. However I used aubergines this time round, cooked them till almost al dente in boiling water before distributing the filling, and also topped them with Pecorino. Goat’s cheese would also work here, and of course, never waste the pulp. It bulks up the filling and make it even more delicious. It’s easy and makes for a lovely informal supper with friends. Enjoy! 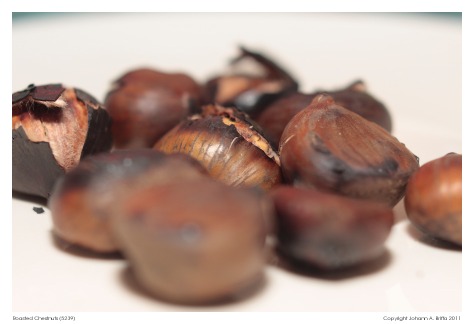 Just the thought of these makes me want to cuddle on the couch with a mug of proper hot chocolate, with a dash of hazelnut syrup. (I was going to suggest liqueur too.) The Maltese have something else up their sleeve: they are crazy about Imbuljuta of course. I like to think of it as a sweet infusion (rather than soup) primarily made with shelled dried chestnuts, cocoa powder (*not drinking chocolate please*, which I saw aplenty on some other websites), caster sugar and tangerine or orange peel. It has been quite a while since I made this, and miss it’s warmth and chocolatey-ness! It’s really like a big hug and it reminds me of Christmas, when it is traditionally made.

I must try to make Imbuljuta this year, if naturally I can get my hands on the dried chestnuts, and experiment for a bit until I find the right amount of sweetness. Chestnuts for roasting are not the kind you need here but until I find the dried kind we will be roasting these at home, unfortunately not on an open fire! (see photo.) All the recipes I found are either too bitter or too sweet…or too chocolatey…or too thick (as in dense)…and I could go on and on. The one with the simplest and arguably most sensible ingredients and quantities I could find, (just because these are the basic ingredients and it is a good start), is from The Food and Cookery of Malta, a classic by Anne and Helen Caruana Galizia, Paz, 1999. You can add any other ingredient of your choice, but you cannot omit, anything from it. There is no cream in this (thank goodness!) even though they include it in their method as a “contemporary addition”. (My notes are included between brackets as you can see, but more as a guideline to myself than to my gentle readers.) They suggest using the following:

I will include any updates on the Galizia recipe, if there are any, hopefully very soon. Does anyone know where I can get some dried chestnuts in Surrey please?

Additional note: My mum sent me another recipe for this which will be posted for Christmas 2013, which is richer and better than this one, if I may say so myself. It’s already tried and tested, so check it out before the 2013 festivities. I know you’ll love it! xx 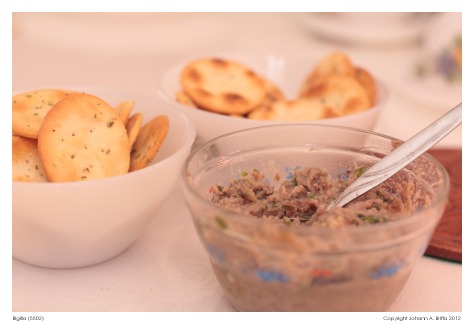 These are some more photos taken in Malta. I don’t get to go often, simply because visiting the rock is never completely a holiday. What was different this time round is that I did a fair amount of cooking and of course, learning. Cooking rabbit was like an adventure. Sounds a bit silly I know, but I felt like a kid in a candy shop. All it took was a bit of white wine, onions, garlic and spice (sweet mixed preferably but recipes differ in nature), firstly seared in a large pan. My big mistake: not having my trusted notebook with me in case I wanted to write the recipe. I have a bad long-term memory. I learnt my lesson. Same goes for the Bigilla (a typical Maltese dip made out of beans). I still have to find someone who doesn’t like it as much as I do, but you never know. 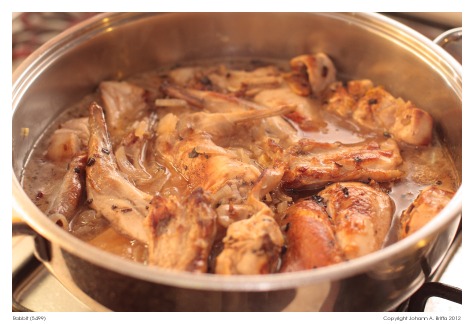 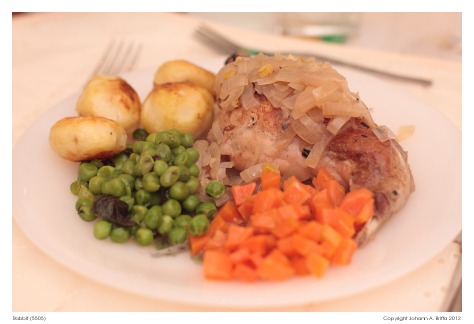