Writing a review about a book I really love is one thing, but doing so for one I have mixed feelings about is another. There is no need to say how much I like Nigella Lawson and her style of cooking. There are reviews out there saying something like: What is this? Another BBC series to accompany the book? I, on the other hand can say that I am enjoying the show. And yet, I still have my doubts. (This is *such* a hard thing to say!) 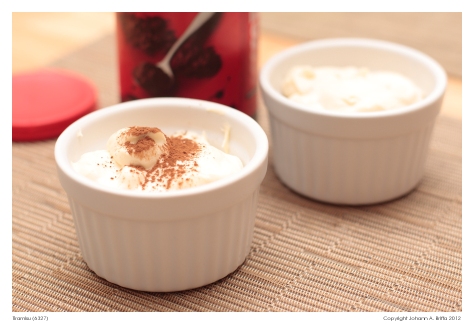 I have purchased Nigellissima: Instant Italian Inspiration myself, for various reasons; one, because I like her, and two, for the sake of completing the set (until the publication of the next book, of course.) Nigellissima is very different than all the others; this is not a bad thing in itself. I like the toned-down appearance of it, including the fact that there are more photos of the food than of Nigella herself. Though, to be honest, I miss her encyclopaedic style of writing. I miss the chunky in-your-face book, but there again, there can be only one How to Eat, Feast or book number eight, Kitchen. I always try to read cookbooks from cover to cover whenever I can, especially for reviews. I read this too. In a day. We don’t need a book as big as the Bible to convey the beauty and the simplicity of Italian food. Do we? Anna Del Conte has done it; so has Giorgio Locatelli. Perhaps I am totally missing the point. Nigellissima is the lovely lady’s take on Italian fare and that’s that. (Mentioning Anna Del Conte, the classic must-have is *not* Cooking with Coco as Nigella insists – perhaps a bit too much – but Gastronomy of Italy. More like it.) As far as ingredients go, I don’t understand the continuing emphasis on the so-called banana shallot. My Maltese readers are definitely familiar with the kind of onion we use for pickling. It is also found all over the south of France. 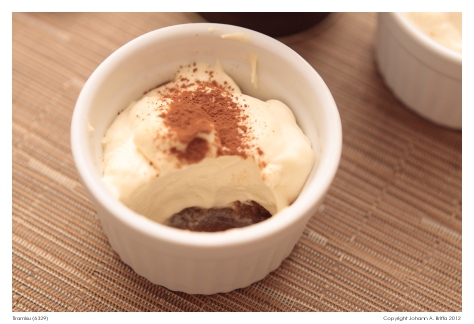 Please allow me to say something negative, and then I promise you it’s all positive from then on. I am not convinced of the savoury recipes – they left me a bit wanting. (And there endeth the negative ranting.) But hey, the sweet things are fantastically easy and tasty. I have been trying some of the recipes all week and boy, have they been a hit! The Tiramisini (page 162), a scaled-down version of the Tiramisù, is to die for. Please note that I am not a fan of Tiramisù. During a recent visit to Frascati (by all means not the home of this dessert) I had no choice but to have a taste. It was good of course, but nothing to write home about. However Nigella’s version is something else. Individual portions made it all the more easier to serve. Just get a glass or ramekin out and you’re done. It just needed an extra Savoiardi though to absorb more of the coffee mixture. But it is fine, even as is. You can find the recipe on Nigella’s website here. Try it and you will be a convert.

Yesterday, while the house was one big mess and J was working from home, I wanted to take a break: I needed a moment for baking. I decided to try the Italian Breakfast Banana Bread (on page 188). Good decision. In 10 minutes flat the cake was in the oven. There isn’t much Italian to be found in a banana bread, let’s face it, even if coffee is added to the mixture, and I like the recipe more for it’s fast preparation than for anything else, but it worked. And it was what I needed at that moment. This weekend it’s all about Nutella cheesecake. (I also made the Instant Chocolate Orange Mousse. The one from Express was quick and gloriously rich, but this one is better.)

Even though I would give Nigellissima a 3.5 on 5, there’s still a significant space for it in my bookshelf and in my kitchen. Taking baby steps for now, but it’s getting there.