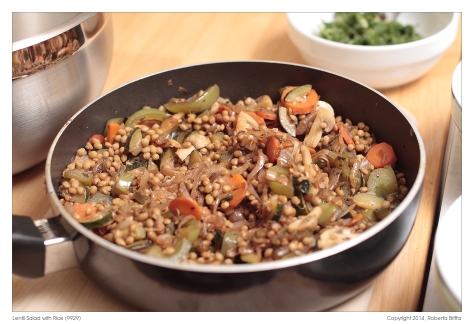 Before I start writing a post for this blog, I also browse through my old photos as well as the more recent ones. There’s always a throwback in there which for some reason has either escaped my noticing it, or has lost its turn to be replaced in line with a new recipe or an exciting book review. There’s nothing I like best other than to spend my winter afternoons and early evenings in my study, reading or writing and sipping hot chocolate. In summer I just can’t get my mind to concentrate much. Aprile dolce dormire, the Italians say, dolce dormire roughly meaning a sweet sleep. So while C&T HQ keeps on working on the writing, recipes and other miscellaneous photos, I can spend some time sorting through my archives.

There’s nothing wrong in keeping the slow cooker out or using the oven, but for me the time has come to do this so sparingly, dare I say, almost negligibly. The time I spend in the kitchen has already decreased, and will continue to do this until mid-September/beginning of October, or when the temperatures lessen to around the mid-20s once again. Yes, it gets hot here. Luckily though, there’s plenty of fresh fruits and veggies around now that requires minimum cooking time.

The following recipe is a favourite, but it also brings fond memories of the first months in our tiny flat in Guildford. A few months after starting my blog, I wrote about a favourite book I purchased at the time simply titled Spain by Rick Stein. It had a lentil and ham recipe I bookmarked and continue to use as a side (when having lunch with J) or just served alone when I’m just having a light lunch on my own. You can find dried lentils in many a Maltese food cupboard, including mine, used in soups and minestra, a variant of minestrone, or vegetable soup.

Before reading Rick Stein’s book I had never thought about making a salad with lentils as a base, so it sounded like something I would want to keep in mind. If I had to go back a few more years earlier than that, I read about or saw (I really can’t remember) Nigella’s recipe for Italian sausages and lentils, found in Nigella Bites. She also used dried Puy lentils here, a more expensive French variety, that is worth using should you want to retain the texture in your dish. They won’t turn mushy on you.

By all means I have absolutely nothing against cooking with dried beans and lentils. The only thing that stops me sometimes is the planning, a.k.a. having to remember to soak them overnight. So I usually make sure to have an smallish supply of canned beans and a few cans of lentils. I stock up on them for when I’m pressed for time, or when feeling ‘hangry’ is just not acceptable. They are versatile and to me, they are one less thing to think about. I add them to quinoa, pasta, rice, other veggies, and have been known to serve them warmed in a pan just with onions, plenty of garlic, salt and pepper. They pair so well with cheese too. Try adding Maltese ġbejniet and all you will need is a glass of a nice red wine in winter, or a chilled fruity white if served cold during the summer months.

I always say that recipes are there to guide us, and never has been the case as in this one. You may add, omit, lessen or increase whatever ingredient you like.

Place a large shallow pan over medium/low heat and pour in the olive oil and let it warm through.

Add the chopped garlic, onions, carrots and marrows, and cook over medium heat for around 15 to 20 minutes, until the vegetables are softened. Add the mushrooms, give everything a mix and let the mushrooms cook for around 5 minutes.

Drain and rinse the lentils, and add them to the pan. Season with thyme, salt and pepper to taste, and let the lentils warm through with the other ingredients in the pan for a few minutes.