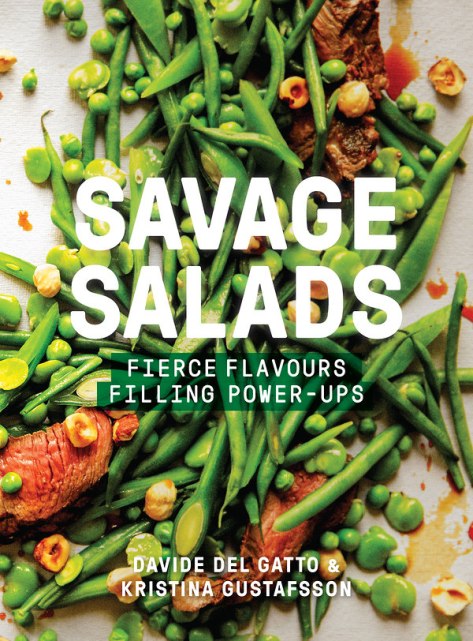 Let me start by saying this was a tough one. When Quarto asked me if I would like to receive a review copy of a book called Savage Salads I immediately thought now there’s a pleasant coincidence. ‘Tis the season for salads and a little heliolatry (just a little), though we didn’t feel like it at all today. Arguably every season should be salad season, but summer is when I give fruit and vegetables the run for their money. Greengrocers and veggie trucks on the island are full of delicious produce, and that is to be celebrated.

My friends were also delighted to hear I had a book all about salads in my hands, and they made me promise to pass on plenty of ideas. I was unknowingly setting myself up for either major enthusiasm or major disappointment. For something that is ultimately a salad book.

Granted, it comes with loads of options but still, I must admit it rubbed me the wrong way. I found the book to be somewhere between excellent and pretentious (because if I want to use a tin of sweetcorn then I’ll use it). At this point, I can just imagine people rolling their eyes saying oh she’s just a food blogger; she doesn’t know what she’s talking about. I do have a reputation for being nice, sometimes too nice, for which I don’t apologise, but when it comes to cookbooks I think I know a thing or two so here’s an honest write-up for you. For me, this book is truly a mixed bag. So let’s go.

Savage Salads are Davide del Gatto and Kristina Gustafsson. They set up shop in Berwick Street in Soho, with long queues lined up during lunchtime for their famous salads. £5 will get you four salads (I take this as four types of greens/veg components, not four types of different salads), with a protein component – meat, fish or cheese. Arguably, the in-thing/trend is to refer to these as ‘protein-rich and vitamin-packed boxes…perfect fuel pre- or post-gym’. However, I just cannot review the book in conjunction with the shop, because I haven’t been there. This is a book review. 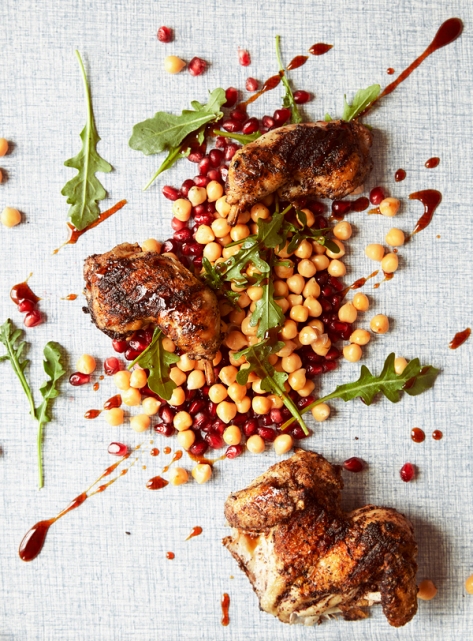 The book is divided into seasons, as any good book on salads and veggies should be. It’s all about seasonality and fresh ingredients, and plenty of options. At the start of each chapter there’s what they call a ‘Five-minute salad’ – a quick combination for those times when you don’t have enough time to eat your lunch (it happens to the best of us) but still want something nutritious. I was happy to see some lovely combos. Mustard marinated pork fillet, couscous, caramelised grapes, radicchio, crackling and coriander. Chickpea gnocchi, fennel sausage, purple sprouting broccoli, sundried tomato, garlic cress sounds interesting. And one of the more exciting ones: confit salmon, mangetout, pink grapefruit, green beans and poppy seeds. Nice one. 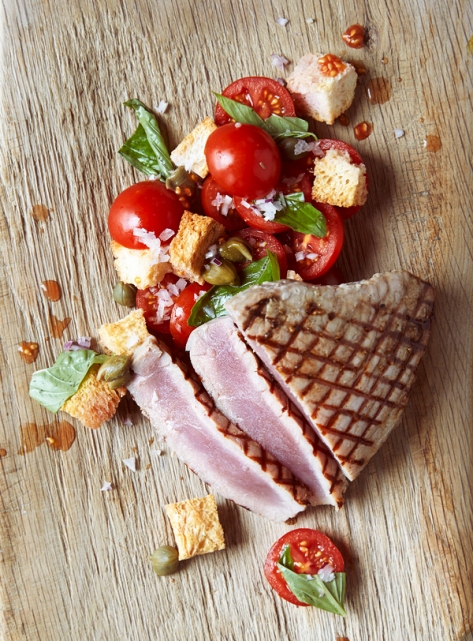 At the end of the chapters they have what they call a ‘Blitzed salad’ which is basically, wait for it: soup. For Spring and Summer you have a chilled soup and a gazpacho; the offerings for Autumn and Winter are warm or hot ones, good for the colder months. There’s another substantial section on dressings and dips, which I like best, but I would have preferred it at the front of the book. The dressing suggestion at the end of the salad recipes, where applicable, should be a bit more than ‘basil-infused oil p178’. It’s rather inconvenient to have to follow recipes on two separate pages. But perhaps I’m taking this a little too far?

“This book isn’t for crash-dieters and vegetarians: we want to inspire people to eat well because good food is delicious – any health benefits are an additional bonus”

That’s the philosophy behind the business. The truth is though, that if we want to see this as just the book at face value, there’s nothing new about the concept. The design of the book is beautiful. The photos are obviously excellent in quality, even though too artsy for my liking. However how are you going to sell a salad book? Plonking everything on a plate won’t necessarily look good, although I beg to differ on this one. I like bowls to be plentiful. Here only a handful of recipes make me want to go in the kitchen right now and cook – the number one thing I look for in a cookbook.

Also the font is a tad too small. This is not a book which will be necessarily read on a comfortable chair in a lounge, but one that will sit on the kitchen counter, a place which will undoubtedly get sticky and somewhat dirty. Spills happen.

That said, if you think about salads as a more exciting and quick lunch option, things might look a bit different. Let’s say you’re in London on your lunch break, the basic options you have for a quick bite, are simply put, places like Prêt, M&S, coffee shops like Costa or Nero, or meal deal from a supermarket. You will spend around £4-£6. The matter of whoever has the more nutritious choices I will not go into, but basically that’s the competition. So I’d say you would head out to Savage Salads now.

Would I suggest you buy the book, you ask. Tricky question. My answer is this: if you would like a book giving you lots of options and variations on a salad, then yes, go for it. If you’re after something more varied, then there are plenty of other fantastic ones out there, with healthy and wholesome offerings, some great examples include all of Ottolenghi‘s books, or Sabrina Ghayour’s Persiana, or her latest, Sirocco. All of which are also very fresh and restorative, and will also keep you full. And I would even dare to put Simply Nigella, which to be honest is not even completely my cup of tea, at the top ten in the list, if there was one, because that also has a number of great salad recipes, plus cakes that are also good for you, and for your soul.

As I see it, the Savage Salads concept, which I still don’t really get, may look good in a food stall and be an attractive alternative lunch option. I definitely plan to visit them next time I’m in London. However, I don’t think it translates that well as a book. Perhaps the Savage Salads brand works well for their food, but the book on its own left me indifferent.