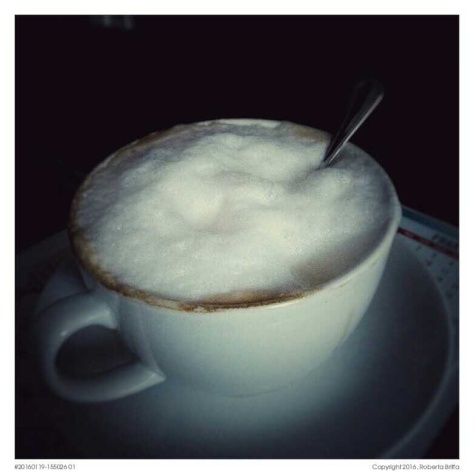 I think it’s time for a coffee update. Have I told you how much I enjoy writing these? And today I really need this. So while listening to the Mood Booster playlist by Spotify, just because the classical one was becoming a bit too much, I’m here for a little chat. Preferably over an iced latte. This is a long one, but this is how I originally wrote it so I hope you do have a little read.

While we stand in line at some lovely independent coffee house I’m going to start with something that made me think – really think – this week. There’s so much sad news going round, and as much as I would like to ignore it (because let’s be honest, no one likes bad stuff) I just couldn’t for the past few days. I saw a video posted by my friend Terry which sums everything up so well. The lovely Sadie incidentally also posted something on the subject on her blog today which I just read and liked. All this violence makes me boil inside. I’m not mentioning anything on purpose, one of the reasons being that those responsible don’t deserve it. The victims do though, so sincere condolences to all the families and friends who lost their nearest and dearest. We are with you. As I write this, another person was critically injured in the UK.

Images like this make me hope for a better world. I know I’m not the only one.

I’m still worked up while we wait for our coffee at the counter but it’s always lovely to see you so I eventually calm down. Coincidentally precisely a year ago (almost to the date) J and I went for an open lecture given by Marcus du Sautoy. That’s scary – not the lecture – the coincidence. We got to know about it a couple of hours before so as soon as that happened we drove to Valletta in a bit of a panic but we got there with more than half an hour to spare. The lecture hall was empty when we arrived with only a handful of people there, but it soon filled up. It was fantastic to be there and to listen to what he had to say. We sat behind a family with two kids. Prof. du Sautoy, who is one of the foremost figures in changing the attitude towards the positive when it comes to Maths education, engaged with the family. His face lit up when the little ones told him how much they love Mathematics. It was such a joy to watch and it made J and I smile.
All this didn’t happen now I know, but it made me think how much I miss attending science talks and lectures. Since moving back to Malta this was the first and only one up to now. However the internet is full of information and finding good talks and interviews is a thing for me right now. The University of Surrey invited Prof. Brian Cox again, for a Jim Meets event with a spin. He turned the tables on Prof. Jim Al-Khalili this time and as usual it was a blast. It isn’t a very long interview, but I still listened to it in three instalments or so. Time is always an issue.

So while we’re having a second coffee, and really hoping I’m not boring you,   so I raise my tall coffee glass plus straw to you and thank you for still being here. Thanks for listening.

A non-Recipe/Assemblage is now comin’ up. I can understand if some will take offence with me for adding something food-related here, but due to my schedule I have to include it today. 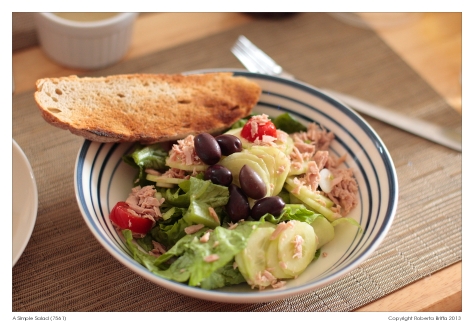 My readers in Malta wouldn’t want a cake recipe, at least not today. Am I correct guys? I mean, who in their right mind would want to bake a cake this afternoon? Nobody. This is one of the lightest meal photos I had in my archive and decided to go for it. I just had some leftover chicken curry for lunch this afternoon but really I would have been happy with a fresh salad. This is summer weather, with the temperature a little over 30°C and it will be so for the rest of the week I heard.

This week’s post is a bit of a #ThrowbackThursday too. I had this in my folders for a few years and it remained tucked away there until now. That being said, I make this often in the warmer months. Frankly, with the temperatures hitting the roof, I unapologetically almost never feel the urge to spend any unnecessary time in the kitchen, apart from whipping up something like this and occasionally using the grill. The oven this week is certainly not my friend. So arguably this is the simplest and no-faff things you’ll ever make.

So my advice to you for this week is to relax and don’t beat yourself up too much for not being able to focus during the coming few days on this little rock. Things will only get better…

Serves 2 as a light lunch.

Mix all the ingredients into one big mixing bowl, or two small serving ones and eat.

(This post is not sponsored by Spotify or anyone else for that matter, just in case you were wondering.)

10 thoughts on “Coffee Date #4 and a Tuna, Cucumber and Olive Salad as a bonus”