As much as I love taking care and updating C&T, sometimes it takes a lot out of me. I’m not complaining, but there are times when all I want to do is wind down and not constantly think about the next thing I should write about. Spending time in the kitchen is, of course one of the best uses of my time, but there are days when going out into the world seems more appealing. Walking is a stress-buster. I love to walk, as long as it’s not in the middle of nowhere and there are people around. This reminds me of the countless times I walked into Guildford. I used to find it so relaxing that I rarely bothered using the buses. I haven’t been going for walks often this past year. The summer heat doesn’t help but today I managed a short stroll, which was fun. 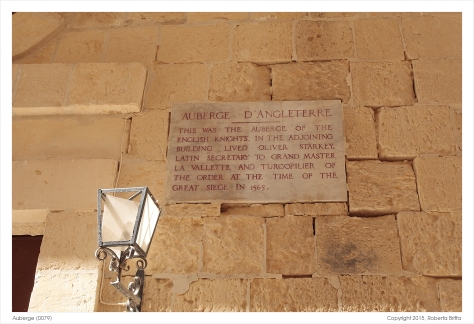 Earlier last year, when J2 was here for a visit, we spent the day visiting The Three Cities. My dad is from this part of the island and although I know the area very well I didn’t mind one bit. We spent most of the day in Birgu (Vittoriosa), to which I have been many times, but after lunch we decided to go for quite a walk into Isla, and lastly a short drive down to Kalkara for a 180° view of the fortifications. As usual I was so taken with that – I forgot to take a last set of photos. Perhaps next time. It’s amazing to me that one of the smallest countries in the world, i.e. Malta, has so many interesting things to see and so many places to explore. The amount of history on such a tiny island is truly incredible. 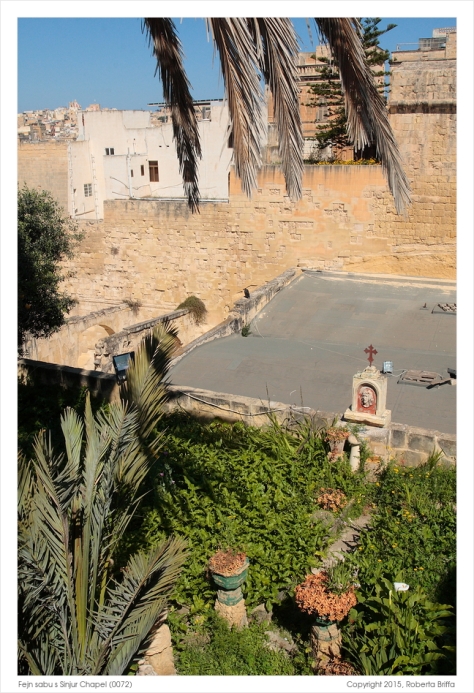 In this post are some photos I took during our day trip. It was so refreshing to play the tourist. And I was with three friends too – my hubby, J2 and my trusty old camera. I hope you take a few minutes to scroll down to see the shots, and perhaps, one day, you will see the sights for yourself. 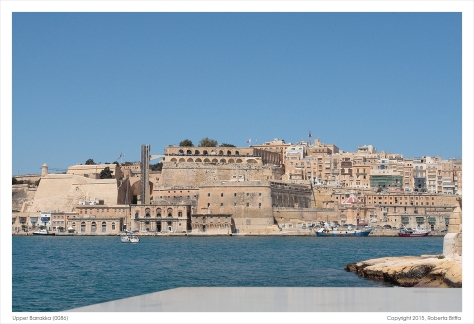 The view from the tip of the Waterfront, and across the water is that of Valletta. From here we could see the Upper Barrakka Gardens, up on the very top, where the two rows of arches are. They are built on the bastions and those arches have been built in the 1660’s. Quite impressive. Next time I go to Valletta, I’ll have to remember to take a few shots of the view of The Grand Harbour from the gardens. That’s arguably one of the most beautiful vistas in Europe.

After lunch we walked towards a bridge that offers a nifty shortcut into Isla (Senglea). By now it was gloriously sunny and my jacket was now in the way, even though it was March. I think that Malta is the most beautiful during the cooler months. This winter was very rainy in comparison to other years, but when the Sun’s out like this, it is something else. You can see J and J2 walking in the shade. I did the same after taking some more snaps! 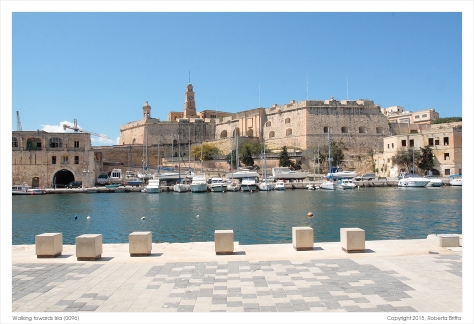 This is what you can see when crossing the bridge. You have to mind your step because it can be quite slippery, but the breeze from the sea at that point made the view all the more worthwhile.

One of the most relaxing days ever. This is my idea of unwinding. Hope you enjoyed the view.

10 thoughts on “Writing 101: Unwinding and A Tour of The Three Cities”