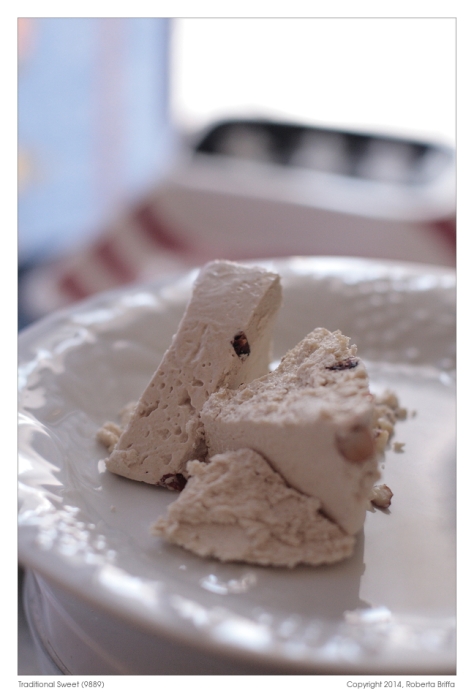 These past few weeks have flown by like nothing, and I barely stopped for a break. It has been go go go from the get-go from the week before Easter until now – more like until I don’t-know-when-it-will-stop day. I’ll inform you if it happens. Besides that I can say that it’s all been good. The weather’s now getting better too. Hurrah for that! I’m also having a bit of a clear-out for this month. A good friend of mine is visiting us in 30 days and I must clear the guest bedroom for her. That, my friends will resemble something out of the Exodus. I don’t dare think about it, as that room *is* the jungle. My mum suggested taking before and after photos. I, on the other hand, will stay away from that space as much as humanly possible.

I want to start a little series on C&T about the bits and things I am loving about Malta. Food will definitely make a huge part of the chunk, but I will take it slow. In the sense that the post after this will not be a part 2, and the one after part 2 will not be a part 3. Hope you get the gist. That’s because I’m still exploring the good things , so this will come in steps. Hopefully I will keep this up and tell you all about the sensible stuff going on. This is, of course, part 1.

So, on a more positive note, I am pleased to tell you that I started to settle down a bit in our home on the rock. (As I write this we’re voting in a referendum today, so everything’s quiet.) It’s taken more than I thought it would, but nothing prepared me for reverse culture-shock. A friend of mine warned me about it but I never thought how strongly it would affect me. I’m loving my sunny kitchen and I want to use it even more. Having said that, I’ve done quite a good amount of cooking and baking lately – sometimes forgetting to take pictures unfortunately. It’s a bit of a killer that, I know, but it happens, especially when I’m really hungry. I just can’t wait to eat. Cakes and desserts are a bit easier on me, as they are not necessarily eaten on the spot (mm..not necessarily always) so I can take my sweet time on the pics. Cooking dinner is a totally different beast altogether.

I think I need to write a post on how and what I use to take food photos. It’s really nothing special and I don’t use a tonne of stuff. Just my camera and a good standard fixed lens for a morning shot. I try to take all my photos in good natural light. I found that’s the best and easiest thing to do, but there are ways to simulate bright light when it’s dark. But more on that in a later post.

The subject of the photo you see above is a traditional sweet we make on this beautiful little island called ħelwa tat-tork. I took this photo by cutting a few pieces on a white surface and placing it on one of my kitchen table chairs against the light coming through my balcony door. The kitchen was in a mess when I did this, partially because we were still unpacking the majority of our boxes and there was barely any floor space left. But somehow I found the space for the chair and now it’s one of my favourite shots. I am pleased with it although there are always a few things I should have tweaked. You may have seen or heard ħelwa tat-tork with its original name halva, because we got the recipe, or at least a variation of one, from the Arabs. It’s basically made from tahini, sugar and almonds, but there are so many adaptations out there it’s hard to choose. To say that Malta’s history is colourful and very complicated is an understatement but thank goodness for that because now we are left with one of the richest food traditions around. Come and visit, and you’ll see for yourself. What I always suggest is make friends with a local, and  hopefully you’ll be invited to a great meal.

I will now start work on my list. Kunserva is definitely a close second. But that’s a whole new post…

One thought on “Things I love about Malta #1”