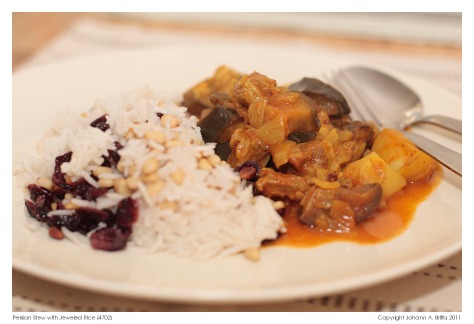 So some three weeks ago or so, I came across a very interesting concept by the people back at Quadrille Publishing. Interesting as in good, by the way, just in case you were about to ask. It’s called New Voices in Food and their objective is to showcase exciting and talented new chefs. I contacted Quadrille about this project and I was sent James Ramsden’s Small Adventures in Cooking, published on the 6th June.

When it arrived in the post I was so relieved, for two things mainly: size and simplicity. It’s full of original ideas but it’s small enough to carry in a small bag. Big encyclopaedic-sized table top books are very nice mind you, but if you’re like me and you like to read through recipe books from cover to cover before you actually decide on what recipes to try, then the big ones don’t work for you initially. And since this is a simple book then there’s no glossy pages to deal with, which is, as you might know already, what I like best. Simplicity and unpretentiousness is what you get throughout the book; the real stars of the show are the recipes themselves. Even though James is the author, he is confident enough not to have loads of photos of himself splashed about. There are some photos on the flaps but that is it. Another good thing. So I marked most of the pages with orange sticky notes, as usual, and away I read. 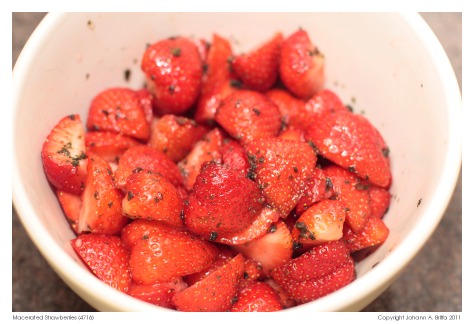 What I wanted to do before writing this review (which is by no means exhaustive) was to try some of James’ recipes. I have tried three, taking them from different sections of the book: the first was the 5-minute Sponge, second the Macerated Strawberries and third his Persian Aubergine Stew with Jewelled Rice. To be honest, my choice was more influenced by the current contents of my pantry rather than my present non-existing adventurous spirit. Don’t get me wrong. I was really inspired by the recipes, but I am moving house very soon so lately I’ve been trying to cook with whatever I have. That being said, I only needed one trip to the market and another to the butcher to get what I needed. I was impressed – usually I get lost among ingredients, wanting to buy every fresh vegetable and every fresh piece of meat I see. But James is teaching me to economise without compromising flavour.

I started with the Persian Stew. I like stews to begin with because they remind me of home. This is stew with a twist and it’s so simple to make. Looking back I should have made it without the extra Tweaks (the little hints for each recipe) just because I would have given a more solid opinion. But for once I had some limes in the fridge (and this is very rare) so all I had to do was get myself an aubergine and some lamb. Both the stew and the accompanying rice are delicious. My only add-on was to throw a few tablespoons of sugar the second time round, to make up for the sharpness of the tomatoes and the bitterness of the limes and cranberries. This stew has become one of my favourites and if you’re feeding a family or having friends over for a meal, this will be a hit.

I tried the sponge and the strawberry recipes today. I only needed some quiet time this morning, after some coffee of course, to make everything. The Macerated Strawberries is an assemblage really – you need strawberries, lemon zest, mint and sugar, and pepper to serve, and that’s it. Perfect. (Let’s face it, few are those who don’t have strawberries in the fridge at the moment. Being a tennis enthusiast, I did.) And they are yummy with the 5-minute sponge, a five-minute easy whisking job and 15-20 minutes in the oven. Definitely another winner. There’s a selection of other things I plan to try later on…I bought a tub of cream not only for the next Two-week Strawberry-Fest which is Wimbledon, but also for the Kedgeree (pg.86). Plus I have enough chocolate for the Chocolate and Fennel Brownies (pg. 137) and beyond so I’m good to go! On my Facebook page I said that at first glance this book was a beauty. Now I can say that it really is. You can find James’ blog here.